Defender Fábio Da Silva, Champions League Final starter for Manchester United in 2008, looks to be heading to the German Bundesliga to join up with SC Freiburg, according to reports from the Guardian.

Fábio’s last appearance for Manchester United saw him play 90-minutes for the under-21s against Middlesbrough at the AJ Bell Stadium on Monday night, his previous first team appearance ended in red as he was sent off for a rash challenge against Swansea City in the FA Cup at Old Trafford. 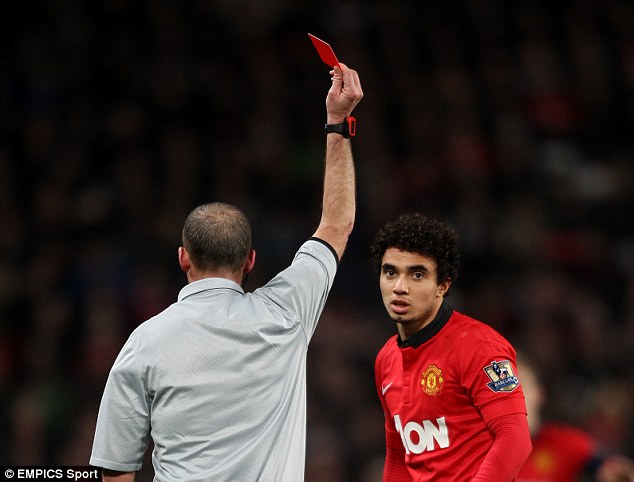 Fábio has been out of favour for first-team squad selection at Manchester United, with Alexander Büttner becoming David Moyes’ second choice at left-back behind Patrice Evra.

A number of clubs have been interested in signing Fábio from Manchester United since he returned from his loan spell at Queens Park Rangers, including Ole Gunnar Solskjaer’s new team, Cardiff City.

The latest reports of the Brazilian defender moving to SC Freiburg are yet to state whether the deal would be seen as a loan move until the end of the season or for a permanent deal, we would hope that it would only be a loan move, then the likeable twin could be recalled if injuries strike Manchester United before the end of the season.

Freiburg are currently 16th in the German Bundesliga after 17 matches.

Another Brazilian from United, Anderson has now completed his move to Fiorentina on a loan move, with an eye to be made permanent at the end of the season with a valuation of £5.3million.

good never been good enough to put on a red shirt you have 1 game and get sent off after 10 mins c ya you were no good, take your wages and go

With Evra only being a shadow of his former self and Buttner not being good enough, is this the best move by Moyes?

Fabio is no more volatile, perhaps even less so, than his brother, and has looked a decent player when he has had the chance.

For a every good manager, player management is key. Fabio has great potential that can be harnessed. He just needs the necessary guidance and opportunity. Sure he makes mistakes (numerous), but who doesn’t? Rafael did too, but look at him now. Even Rooney. Personally I think Moyes’s man management is very poor. Can site a lot of examples… Kagawa, Zaha, Chicharito, even Vidic.