David Moyes & Manchester United are reportedly ready to bid a club record of £37million to bring Juan Mata to Old Trafford from Chelsea, according to the Daily Telegraph.

The news of United’s interest in Juan Mata broke on Monday evening, with the club very quick to deny that a deal had already been proposed to Chelsea, but no denial that at some point they may look to table a record bid to bring the unwanted midfielder to the current Premier League Champions.

Mata last featured for Chelsea back on New Years Day against Southampton, who showed his displeasure of being substituted early in the second-half. Now that Manchester United are not a threat to Chelsea in fighting for the league and having played each other twice already this season, Jose Mourinho might be willing to cash in on the unwanted Mata and get a premium price for the midfielder by selling him to United this January.

The Telegraph report that United are willing to table a £37million bid for Juan Mata, which would break the clubs current transfer record of £30.8million which they paid for Dimitar Berbatov back in 2008. 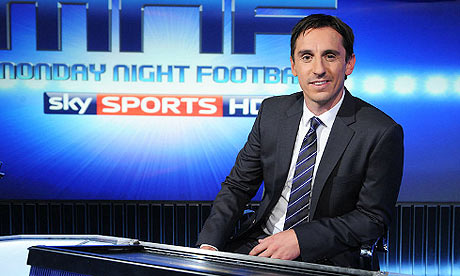 “That’s a lot of money, 37 million quid, but they need a signing

“Does he [Mata] fit with what I would call the typical philosophy of Manchester United? I would say no.

“Maybe they have to change the philosophy and maybe that’s what David Moyes is thinking. Maybe he wants to play narrow wide players and maybe a three in midfield.

“He’s obviously a fantastic football player, there’s no doubt about that, but one thing it does do, I suppose, is that David Moyes, Manchester United and Ed Woodward need to sign a big player.

“They need to make a noise and if they get him in it will attract potentially other players – and they need three or four players.

“What it could be is the start of something to lead to other things, but typically I wouldn’t say he fits.”

With only 10-days left in the transfer window we have no doubt that more rumours of the ins and outs of Manchester United will surface, but the Juan Mata deal is one that if the club can trigger, could be just what the club, management and fans need at this stage of the season. The confidence and talent that a player of Juan’s caliber would bring in would be invaluable.

4 replies on “Are Manchester United About To Break The Bank For Juan Mata?”

Mata a great player but for that amount of money I don’t think so. And if Moyes signed him not only where would he play him but would he play him at all ( we have Kagawa remember who plays a similar role to Mata)
I feel that once again another transfer window will go by and we won’t sign anyone. Dithering Davy Moyes is like a child in an ice cream shop – I’ll have strawberry but I want vanilla or maybe chocolate or raspberry or chocolate mint – damn the shops closed

David Moyes messed up spending £27.5 million on Fellaini who is worth around £10 in any ones money. Mr Moyes lost the respect of the world class players in the united squad because of this fee, that he paid to Everton. Squad moral immediately dipped costing us a lot of points. United need Mata at any price as he is a genuine world class player and as such wont be a one position player, and will relish the challenge to go onto bigger things as a Chelsea reject. The £35+ million will be peanuts if he helps us make the top four. Do it David, he will bring back some confidence and belief in the other Utd top class players that one day Mr Moyes might, one day become a world class manager!

United need a couple of playmakers that are scoring bullets plus a couple of central defenders that can tackle.