It has been a big week in the world of Wayne Rooney, after signing a brand new contract at Manchester United, keeping him at the club until the end of his career and a substantial pay-rise – Then producing a match winning performance against Crystal Palace with a fantastic well taken strike getting the England striker on the scoresheet.

After the 2-0 win against Crystal Palace, Wayne Rooney took to social media to post his thanks for the fans and to look forward to his future at Manchester United. 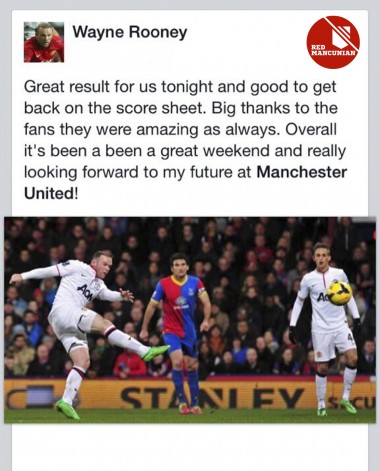