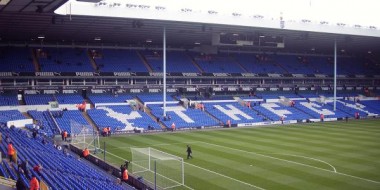 Andre Villas-Boas on tackling United after the win in Leverkusen: “They are on a good run that changed their fortunes. We don’t expect an easy match, but it will be a completely different story on Sunday. I’m not being disrespectful, but it will be a different game in different conditions and our players will be mentally ready.”

David Moyes reflect on the Leverkusen win ahead of the trip to Tottenham: “We have seen a standard which is probably better than what we have shown in most other games this season. We have to play like that more often and more consistently.”

The 45-year-old official has taken charge of 8 Premier League matches this season, brandishing 29 yellow cards and 2 reds. He has yet to award a penalty. Was last seen by United fans during the 2-1 home defeat to Manchester City back in April.

Should they start, David de Gea and Chris Smalling will both make their 100th appearance for Manchester United.

Wayne Rooney is three goals away from scoring 150 league goals for United.

United have not lost at White Hart Lane in over twelve years – since a 3-1 defeat back in May 2001.

Spurs have yet to earn a point from a losing position this season.

United have conceded at least one goal in each of the last nine Premier League away games, the worst run since an 11-match run between August 2002 and January 2003.

Excluding a penalty, Spurs have not scored with any of their last 78 shots at goal in the Premier League.

There have been over 2.5 goals scored in six of United’s last seven away games in the Premier League.

Kagawa will again create problem to tottenham as central midfielder then giggs joining him in second half for great combination.