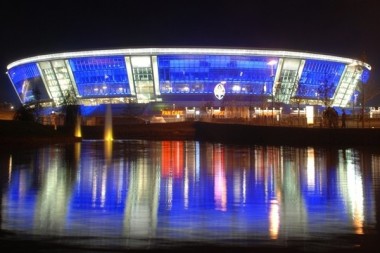 Shakhtar manager Mircea Lucescu on United’s current woes: “David Moyes hasn’t found his best line-up yet, as he is changing four or five players from game to game. The link-up play between their players is not as good as it used to be so the team suffers.”

David Moyes looks ahead to the Shakhtar match after the poor defeat to West Brom: “In football you’re not going to win every game so support your team,” he said. “It’s a great club with great players and we’ll do everything we can to put today’s result right.”

In last season’s Champions League the 36-year-old official took charge of 4 matches, brandishing 19 yellow cards and awarding a single penalty. While this will be the first time he oversees a United fixture, in recent seasons he has refereed matches involving Chelsea, Arsenal, Manchester City, and England.

Should he feature, Ryan Giggs will make a 145th appearance in the UEFA Champions League. Currently tied with Raul, the Welshman will set a new European record.

The match will be the first ever competitive encounter between the two sides.

Mircea Lucescu, who has been in charge of Shakhtar since May 2004, is the Ukrainian club’s longest-serving coach.

While United have never faced Shakhtar before, they have met Ukrainian opposition in the shape of Dynamo Kiev on 4 previous occasions. The Reds are unbeaten with 3 wins and 1 draw.

Yes let him start but in second half he should be replace because the left side will be weaker if he play full match. But the right side rafael and valencia partner will be strong side. The opposite team will bring most their attact in left.

Don’t think its going to be a good nite for united moyes does not no wot players are ready for different games yet. And talk still that we could get Baines in January is a joke good player but 29 and the money we will pay is to much we need a new centre back attacking mid and left winger.