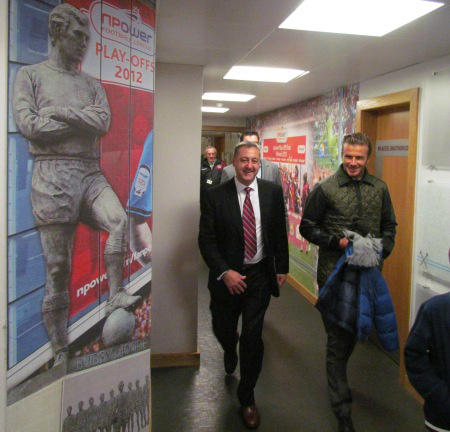 David’s Father, Ted, has been a regular at most away grounds this season, following Manchester United wherever they go.

Seems David will be enjoying Upton Parks hospitality today rather than in amongst the United fans.