There has been a lot of speculation surrounding Manchester United manager David Moyes after the worst Premier League season in the clubs history and this speculation continued over the past few days with reports linking the former FC Bayern Munich boss, Van Gaal to replace David Moyes in the summer. 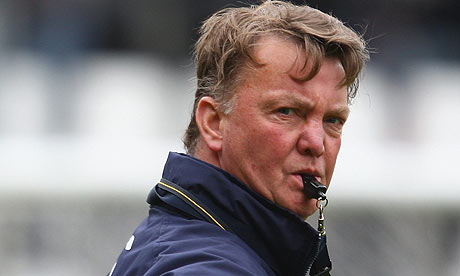 Last summer when David Moyes was appointed he signed a six-year contract but many doubt his tenure will see out his full contract. The debating about whether Moyes should stay or go will continue for months to come it seems.

Sounds like the board are preparing to invest as much as £200million in to Manchester United’s summer transfer budget, do we trust David Moyes with that budget to buy the correct players?

Phil Jones: Beauty or the Beast?

April 22nd 2013, Manchester United had just rubbed salt in the wounds of scousers everywhere by grabbing their 20th title win in style, the gap between 1st and 2nd was as big as the gap […]

Manchester United’s Danny Welbeck has avoided a ban from behind the wheel after breaking speeds of 82 miles per hour on a 50mph road. Police followed Welbeck’s Range Rover down Princess Parkway, Manchester on 27th […]