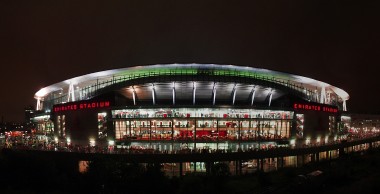 “We have just been on a 10-game unbeaten run. You cannot consider one game as the trend, the pattern of our season. In any season you have disappointments, it is always down to the team to respond in a very positive way, that decides the success of the team.” – Arsene Wenger.

“The way we performed at Anfield was just not good enough for this level. It was one of our worst setbacks of the season but now we have the opportunity to respond quickly against United – and we have to make sure we do that.” – Per Mertesacker.

“It has been a tough season and we are not in a very good position in the league. It isn’t for the want of trying. It is not a case of not caring. We care just as much, if not more, than anybody else.” – Michael Carrick.

“Players often do well against their old clubs and Robin (van Persie) has three goals in three games against Arsenal. Hopefully he keeps that run going on Wednesday.” – Louis Saha.

“The way to carry on is to stick together, the team and the fans, learn from mistakes and be positive, and we will show the character this team has always had.” – Juan Mata.

The 38-year-old official has taken charge of 17 Premier League fixtures so far this season, dishing out 58 yellow cards and a single red card. He has awarded 3 penalties, including one to Arsenal on his last visit to the Emirates stadium. Was last seen by United fans during the 1-0 win over Liverpool in the league Cup back at the end of September.

Wayne Rooney looks set to make his 25th appearance versus the Gunners. He has scored 10 goals against them so far.

United have won 10, drawn 2 and lost just 1 of the last 13 matches against Arsenal in all competitions.

Arsenal have won 6 of their last 8 Premier League home matches 2-0.

United have beaten Arsenal 20 times in the Premier League era – the most defeats the Gunners have suffered against any side.

Arsenal are unbeaten at the Emirates since an opening day defeat to Aston Villa.

United have kept just 2 clean sheets in their last 15 league fixtures away from home.

Arsenal have conceded just 1 goal at home in the last 8 Premier League matches.

Robin van Persie have scored in the last 5 meetings between the 2 sides – the last 3 matches for United.

Juan Mata has scored in his last 4 starts against Arsenal.

International coaches, Roy Hodgson and Joachim Löw, have released injury updates on their Manchester United players. Roy Hodgson, the England manager, has two United players in his squad which are dealing with injuries. Michael Carrick […]

Is Paddy McNair vying for a permanent place at Manchester United?

Four starts for Manchester United, four wins; a late headed clearance off the line on his debut, firmly sealing Romelu Lukaku in his back pocket in his second game, being part of a back four […]

Víctor Valdés rejected by another club

Manchester United’s fourth choice goalkeeper, Víctor Valdés, has been subject to many transfer rumours since Louis van Gaal said that he no longer wants him in his team. After playing two games at the end […]