Manchester United managerial legend Sir Alex Ferguson has offered his best wishes to Ole Gunnar Solskjær on the day that he has taken the Cardiff City managers job.

When asked about Sir Alex Ferguson during his press conference, Solskjær said: 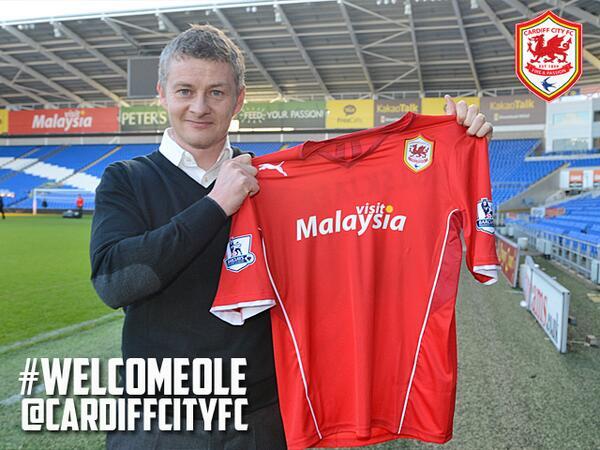 Ole Gunnar Solskjær’s first match as manager will be the FA Cup third round tie at Newcastle United, which is played on Saturday. He will make his return to Old Trafford on Tuesday 28th January 2014 when Cardiff City visit in the Premier League.

Arsenal manager Arsene Wenger also feels that Solskjær will do well at Cardiff City, he said:

“He has already experience as a manager in Norway so he has learned his job. He was an intelligent player and an intelligent boy as well and that will help him to be successful. He will do well.”