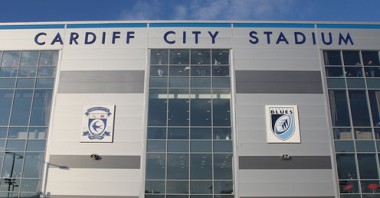 Manager Malky Mackay on hosting the Champions: “It’s another one the whole city, the fans and myself are all really looking forward to. United are certainly in a good vein of form.”

David Moyes ahead of the game: “We’re on a good run of form, we’re feeling good at the moment, we have confidence about us and we want to try and keep that going.”

The 43-year-old official has taken charge of six Premier League matches this season, brandishing sixteen yellow cards and awarding a single penalty. He has yet to send a player off. Was last seen by United fans for the 4-0 home win over Norwich back in March.

UEFA Champions League Manchester United 1 Real Sociedad 0 There will inevitably be those who wish to place this narrow win over Real Sociedad into the dreary narrative they’ve devised around the early Moyes era: […]

UEFA Champions League Olympiakos 2 Manchester United 0 Faced with arguably the most straighforward of draws in the last sixteen of the Champions League, United contrived to make things very difficult for themselves with an […]

Manchester United 1 Liverpool 0 This wasn’t a performance that will remove all doubts about United’s ability to compete for major honours this season; it was, however, one that had all the fire, determination and […]