“I would like to say it’s the nicest part of the season because the rest has been a nightmare with the position in the table, so let’s try to enjoy this one and go on and do something important for the club.” – Gus Poyet.

“We know what a final would mean to the fans. It would be great, speaking to them this week, I know they’d love it and fill Wembley. They come every week and have stayed behind us. It would be nice to give them something back.” – Wes Brown.

Road to the semi-final: 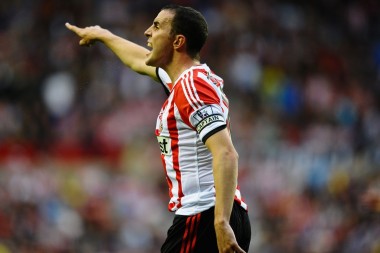 “It’s a League Cup semi-final, if you can’t lift yourself for that then it’s no good.” – Darren Fletcher.

“We will go there and try to get ourselves to the final. It’s always been vital to win every game and get to every cup final if I can, I’ve tried to in every one and I will try to do it in this one as well.” – David Moyes.

Last five meetings at the Stadium of Light

In all competitions, the 43-year-old referee has taken charge of 21 matches this season, brandishing 71 yellows cards and 5 red cards. He has awarded 3 penalties in these fixtures. Was last seen by United fans in the 1-0 home to defeat to Newcastle back in December.

United are unbeaten in 20 matches against Sunderland (all in the Premier League).

Sunderland have scored 10 goals on their route to the semi-final – with 9 different goalscorers.

United have yet to concede a goal in this season’s competition.

United have made the final 8 times, managing to lift the trophy on 4 occasions.

Sunderland have made one appearance in the final, finishing as runners-up to Norwich City.

United have conceded only 9 goals in 13 fixtures at the Stadium of Light, scoring 22.

United’s last appearance in the final was 2009/10 – the Reds lifted the trophy after beating Aston Villa 2-1.

United are unbeaten in 11 away games in all competitions – winning 7 and drawing 4.

Sunderland have lost just 1 of their last 7 matches in all competitions.

The last time the two sides met in the League Cup (Nov, 2000), Sunderland came out on top, winning 2-1 after extra-time. 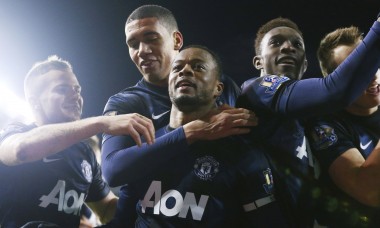 hopefully Zaha and Anderson played in full time. we need players who are capable of piercing into the heart of the opponent’s defense. players like Nani, Januzaj; yes, we need new blood. and new blood for a while we can take from the existing players on the bench. theirs quality also do not have to be questioned. the absence of Fabio and Rafael, rear right position should be filled by Buttner. Smalling are less able to pass the ball and cover counterattack.

Come on United,Bradford gave it a go and you have got a job on your hands,Sunderland are on a winning streak.The selection situation is,nt helping.Moyes should pick the most fresh of the motly crew left and give em a game of kick and rush footie,forget the Barca crap.