3:02pm – The Manchester United team news for Cardiff City at the Cardiff City Stadium in the English Premier League have just been released and are below: 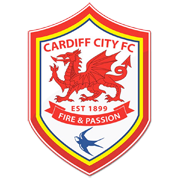