Arsenal will be out to show they are genuine Premier League title contenders when they visit reigning champions Manchester United on Sunday.

Some would argue they did that by beating in-form Liverpool 2-0 on home soil last weekend to open up a five-point lead at the top. However, travelling to one of the big four is a different proposition for Arsenal, but with an impressive away win at Dortmund in the Champions League on Wednesday night, Arsenal should be full of confidence heading to Old Trafford on Sunday.

While Manchester United are not the side they were under Sir Alex Ferguson, they have shown signs of life in recent games and still have quality in their line-up. They will be determined to close the gap on the Gunners in front of the Old Trafford faithful.

The gap is eight points, which suitably reflects the starts made by the clubs. Arsenal have won eight of their opening 10 games, while United lost three times before the end of September. 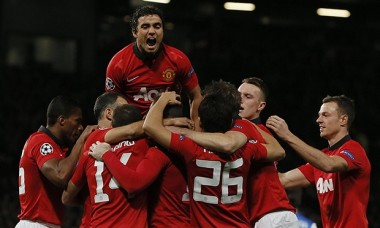 Victory over Arsenal would be massive for Manchester United. They have struggled in front of their home fans in the league, winning just two of their five matches.

David Moyes’ side have largely been written off as title challengers thus far this season. Beating a contender to their throne would send a message out that they are not done yet.

Arsenal will be full of confidence after their win over Liverpool and delighted with their league position. However, they have faced just two top sides so far, Liverpool and Tottenham, both at home.

It is a tough one to call. United could well raise their game inspired by infrom Wayne Rooney and former Gunner Robin van Persie, while a buoyant Arsenal outfit could prey on United’s nerves at home.

BetVictor has the draw at 5/2 and that is probably the best bet for a clash between two sides desperate not to lose.