Adnan Januzaj has signed a new five-year contract with Manchester United keeping him at Old Trafford until 2018. 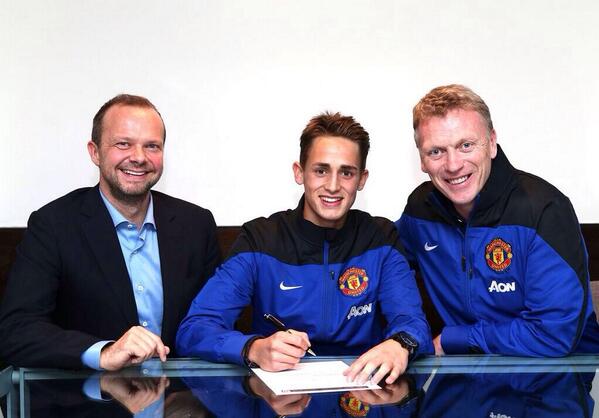 Much has been made recently in the media about Adnan Januzaj’s contract at Manchester United, with many other clubs around Europe interested in snapping up the young 18-year-old.

On Friday, he sat down with David Moyes and Ed Woodward to finalise his new five-year contract which is now all done, his wages and whether a signing on fee was paid has yet to be released.

“I’m delighted that Adnan has committed his future to United. He is an outstanding talent and has impressed me consistently since I came to United in July.

“His balance, poise and ability to beat players is truly exceptional for a boy of his age. It’s great that he recognises that this club, with its tradition for developing young players and giving them a chance on the biggest stage, is the best place for him to be.”

“It’s a great thrill to be able to sign for Manchester United. Since arriving here I have always felt like this was the right club for me.

“This season has been great for me – going on the pre season tour, making my debut in the Community Shield win at Wembley and then breaking into the team at Sunderland – it’s like a dream. I want to work hard now and establish myself as a Manchester United player.”

Fantastic news on the new contract, now Januzaj and the club can concentrate on his football without media intrusion every-week regarding his contract.

Now we can tell juventus where to go eh

This is the f…..n good news which I have been waiting to hear. Congrats Moyes, that’s the second thing you have done right since persuading Rooney to stay.

congrats moyes, congrats 2 all manunited. Its realy a gr8 news. I hope moyes has seen what man u. Loan player ar doing out there. Pls build on this boys.