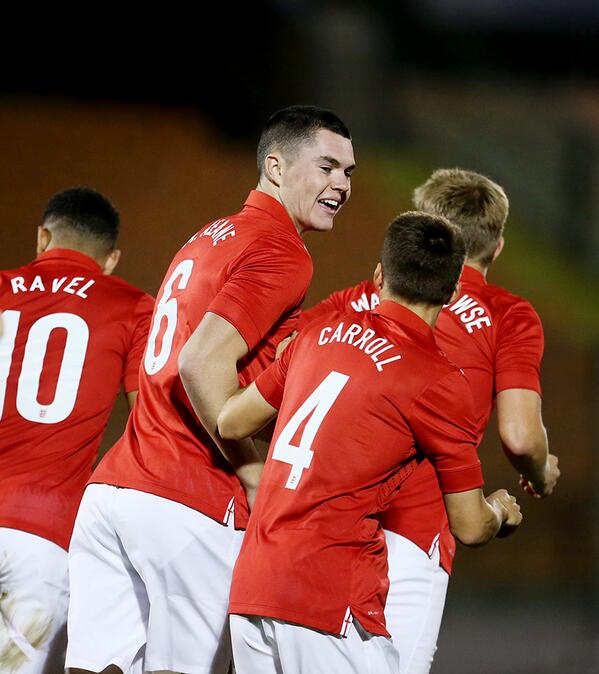 It was Michael Keane that got England under way in their UEFA European Under-21 Championship qualifier against San Marino, with the ball finding the right-foot of the United defender after a scramble in the box.

The England under-21 squad now return to London to continue training before playing Lithuania at Portman Road next Tuesday evening.

[…] Red Mancunian have a picture of Michael Keane scoring against San Marino. […]