Michael Carrick has returned to Manchester after picking up an eye infection which has ruled him out of tonight’s England squad to face Scotland at Wembley Stadium.

Carrick started to suffer from his eye infect after the Community Shield victory against Wigan Athletic on Sunday.

As you can see in the photograph below, Carrick’s left eye started to flare up after the game: 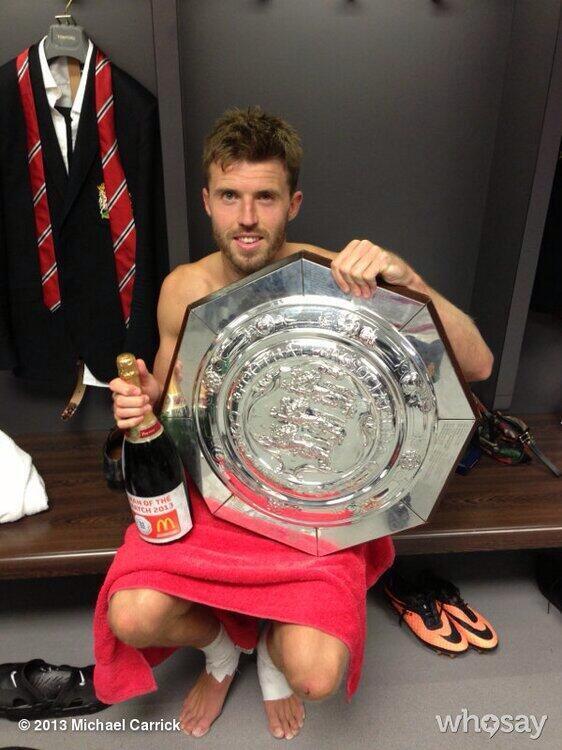 A statement from the FA said:

”Carrick, who has been capped 29 times by England, has returned to his club and misses the game on Wednesday evening.”

Michael Carrick is expected to recovered and be available for selection in the Manchester United squad that travel down to Swansea on Friday afternoon.

We wish him quick covering b4 our saturday game agains swen…

I wish him well covering b4 our game