Sir Alex Ferguson stressed on Thursday that he did not feel that Wayne Rooney would be well enough to travel down to London this weekend to face Queen Park Rangers at Loftus Road, but pictures released today confirm that Rooney has traveled with the squad and trained today. 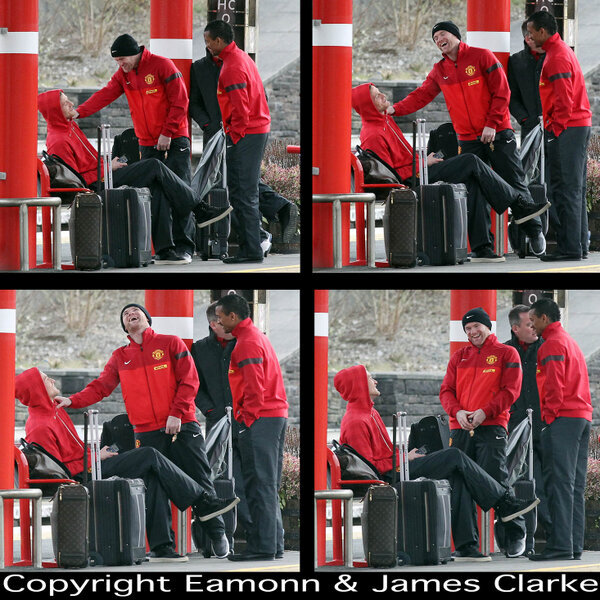 As you can see from the photograph above, Rooney was laughing and joking this afternoon at Stockport train station as the squad traveled to London.

This morning was the final training session at Carrington Training Complex ahead of preparations for QPR and Wayne Rooney had taken part in the full session, all be it playing at centre-back for most of the session. 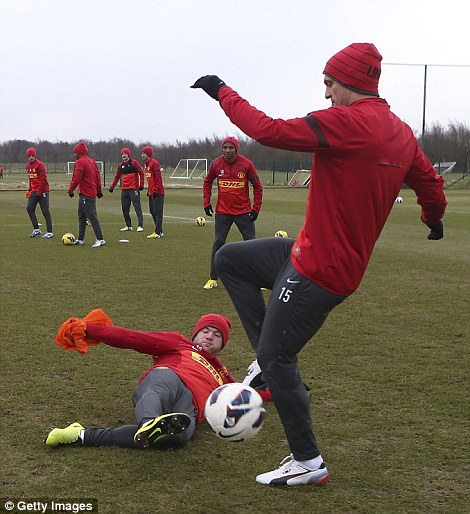 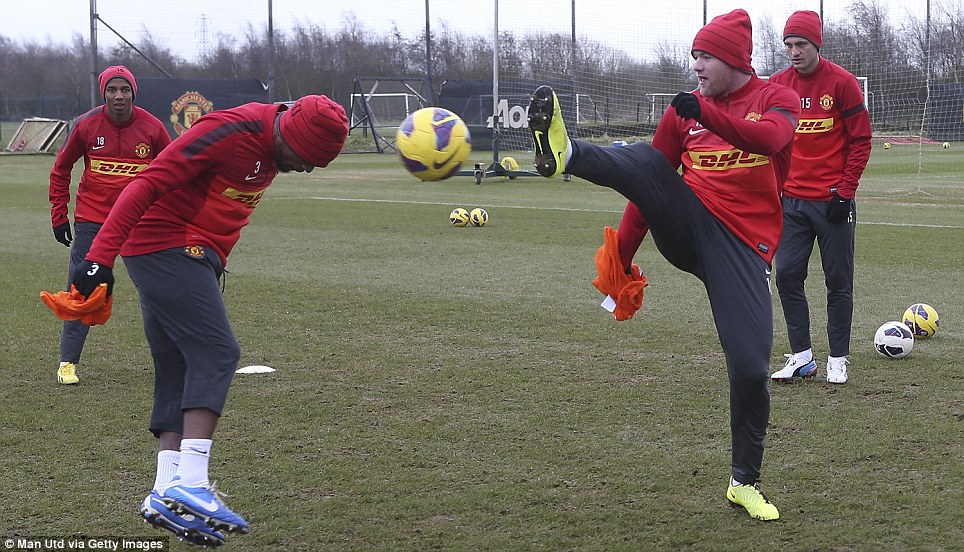 ‘He [Wayne] came in for the first time yesterday and the medical people are dealing with him.

‘He has been on medicine and hopefully he will start training today, but I wouldn’t think he would be available on Saturday.’