Ronaldo back to Manchester United?

Ronaldo left Manchester United back in 2009 for a record breaking £80million move to Real Madrid but lately various reports suggest that the Portuguese winger is very unhappy in Spain and would jump at the chance to return to Manchester.

Cristiano earlier this month insisted that he will stay and respect his contract at Real Madrid, but if Manchester United prepare a £55million financial package for Ronaldo then this might be the outlet that the player and club needs. 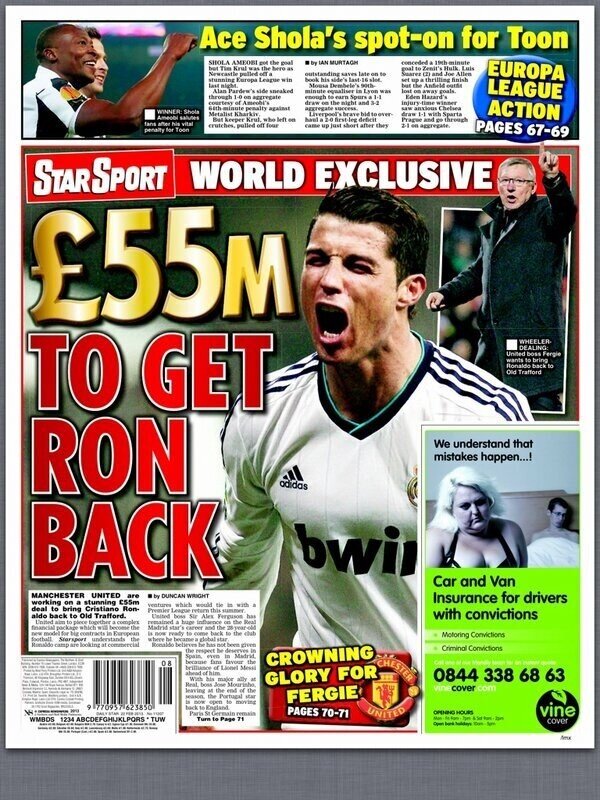 2 replies on “£55million for Ronaldo to return to Manchester?”

Good website, wouldn’t of minded your seats for the madrid game aswel

i ned cr7 to oldtraford