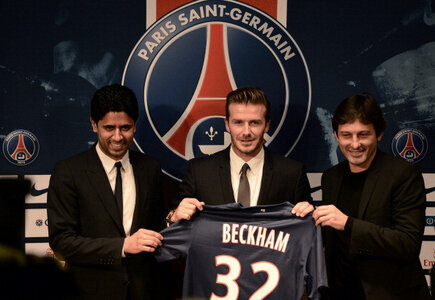 David Beckham has stated today after signing for Paris Saint German that he could not play for any Barclays Premier League side other than Manchester United.

“I am honoured by the offers I had from the Premier League teams but I did not want to play there unless it was Manchester United.”

Beckham joined Paris Saint Germain on the last day on the transfer window in January.

He went on to say:

“I am still fit. I can run around and can still play like I could at 21. I have not lost any of my pace, as I never really had a lot of pace throughout my career.”