Ángelo Henríquez made his Wigan Athletic debut as a substitute in their FA cup clash against Bournemouth on the weekend.

Henríquez made a loan move from Manchester United to Wigan Athletic for the rest of the season to make sure that he will be getting first-team football rather than playing every other week in the reserves.

Wigan manager Roberto Martinez has tipped the rising star to become a crowd pleaser at the DW Stadium. 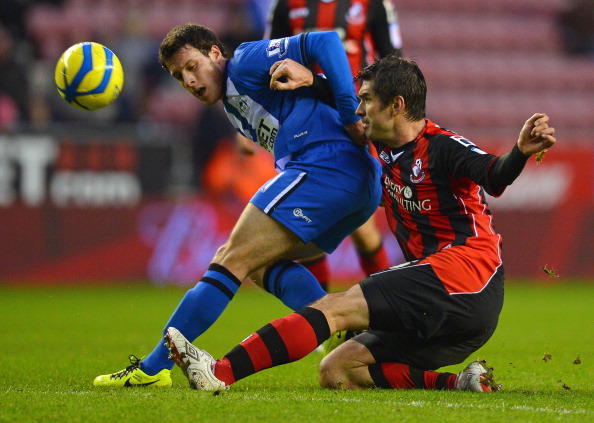 “There is such a freshness about his play.

“Angelo’s movement was outstanding and his knack of getting a couple of yards in the box gave him a very good chance, which nearly brought him his first Wigan goal.

“I have a feeling he is going to be a real crowd favourite.”

“Angelo tries to be very clever. Because he is not the most physical, he avoids 50-50 contact with defenders but his running into space is really sharp and incisive.

“We do need to get to know him a little bit better. Sometimes he made some great moves and we couldn’t see him.

“But he will give us a completely different dimension.

“His attitude is incredible. He is a young man with great standards who is desperate to be successful in the Premier League.”