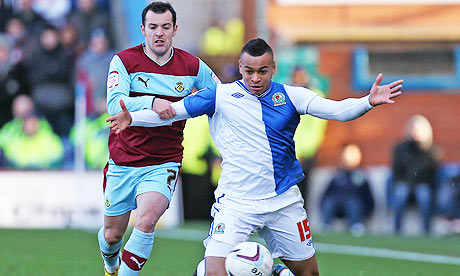 His permanent contract with Blackburn starts today and runs until 2015.

“I’m happy to be here & I’m really looking forward to the next 2 & a half years that I’ve signed for.”

King made a substitute appearance for the Manchester United’s first-team against Wolverhampton Wanderers and also Galatasaray in the Champions League.

Joshua King is a name that will be new to many fans that only follow the first-team, but King has been with the club since he was 15. Previous loan spells at Preston North End, Borussia Mönchengladbach & Hull City have not been in favour of the forward but a chance to impress at Blackburn will do him the world of good.

We have been keeping an eye on King in the reserves over the past few seasons and his pace and strength has improved massively. Speaking with MUTV recently, Manchester United reserve manager Warren Joyce said: “Kingy has come a long way in a short period of time. His fitness level is miles better now.”

First team played for?
My first club was Romsas IL, where I grew up. It’s still where I live when I go back home. They let me play with the older ones when I was young. I think I’ve got to thank them for all my ability and talent I’ve got because they let me develop from a young age.

Signed for United…
When I was 15, I changed club to Valerenga in Norway. It was in the Nike Premier Cup – after that I got loads of offers – Chelsea, Sunderland, Ipswich and a few others – to come on trial. My agent Jim [Solbakken] said United want you on trial as well and I didn’t even think twice. I said ‘yes’ because it’s the biggest club in the world. The next day, I trained with the team and had a friendly game. My mum said you’ve got to finish school but looked in my eyes and knew how much I wanted it. So I moved over with my mum and moved in with Magnus [Eikrem] who I didn’t even know but ended up being close to.

First player you idolised…
I enjoyed watching Thierry Henry and the Brazilian Ronaldo but I wasn’t a mad fan. I never really supported a club. I was growing up, just playing football and loving the game. I was watching football but never supported a team.

What are your strengths?
My strength is I’m very straightforward, quick and strong. I never look back and take on defenders – that’s one of my biggest strengths.

What are your weaknesses?
My weakness is probably my left foot. I need to practice that a bit more and I’m working on that with Warren Joyce after training so I’m getting better.

Biggest achievement…
I had my debut for United when I was 17 but, to be honest, this season has been the best for me out of the five years I’ve been here as I’ve been playing for Norway’s senior team, making a name for myself and doing well over there. So I would say going away on international duty is the highest achievement so far.

Why do you love football?
I just like playing it. I love coming in every day in the morning just to play it. I love the game of football and have always loved it, ever since I kicked a ball outside when my mum told me to go out and don’t be shy. I just love all of it about football – the games, training and doing extra finishing. I love that.

Typical!!! Without doubt one of our best youngsters, gone!! we keep the crap, and offload the better ones. Sick!!!