Manchester United have announced that they will be returning to take part in the Dr Pepper Dallas Cup for 2013.

Back in 2012, the reds traveled over to Texas to take part in their very first Dallas Cup in which they lost to Brazilians Coritiba FC.

But this year U21 and reserve coach Warren Joyce hopes that Manchester United can be victorious as the mini-reds will once again travel across the water.

“We are really looking forward to playing in the Dallas Cup again this year. We got to the final last year which was a great experience for everyone involved, hopefully we can go one step further this year and bring the trophy home.”

Manchester United and Dallas Cup sponsors, Nike, has been influential in once again involving the reds in this fantastic tournament.

’’Nike is a proud partner of Manchester United and the Dallas Cup, we are excited about watching one of the greatest clubs in the world play in one of the best youth tournaments in the world.” 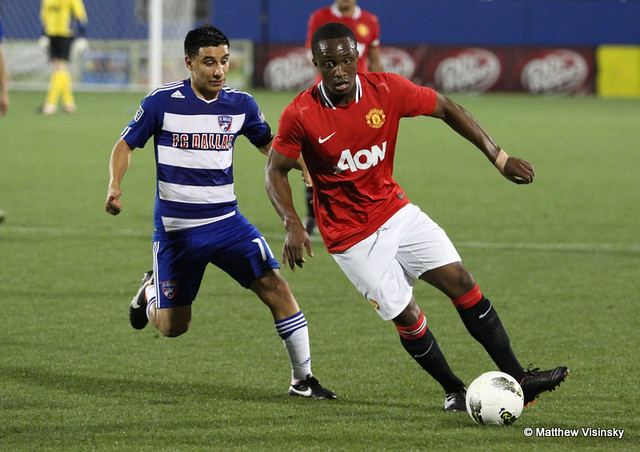 “The Dr Pepper Dallas Cup is thrilled that one of the top soccer clubs in the world has accepted our invitation to participate in this year’s tournament, we are grateful that Nike continues to provide wonderful opportunities for fans of the beautiful game in North Texas.”

The Dr Pepper Dallas Cup XXXIV is scheduled to start on March 24th and run through until the final on March 31st, 2013.

Games in the Super Group and championship matches will be played at the historic Cotton Bowl Stadium in Dallas.

All other matches will take place at the fields of Richland College and University of Texas at Dallas.

For more information regarding the tournament then check out www.dallascup.com

Looking forward to this

I hope you wil lraise the reds flag up high.Wish you best of luck

Didn’t they play in it a bit ago also when a lad called Jack Kelliher was the star. Think they may have won it. He then quit to try to become a pro cricketer and made headlines for getting a massive ban in the Lancs leagues for hitting someone with a bat I think it was!

Mark thats correct they did win it its a fantastic tournament i loved it. the lad i hit deserved it.