Just before half-time against Reading on Saturday, Anderson was substituted due to injury for Phil Jones.

Sir Alex Ferguson confirmed after the match that Anderson had indeed sustained an injury to his hamstring that could see him on the sidelines for up to a month.

Anderson had featured for Manchester United in their last eight games included the victory over Reading, his fitness has always been an issue but recent performances for the reds have been very impressive, one of which he changed the game against Queens Park Rangers at Old Trafford the other week.

With Manchester City away now only 7-days away, the injury does come at a bad time for United.

Sir Alex Ferguson spoke with MUTV after the Reading game and had this to say about the injury:

“It’s a hamstring unfortunately. He’ll be out for a few weeks, he’s been playing really well and scored a great goal today. I’m very disappointed for him.” 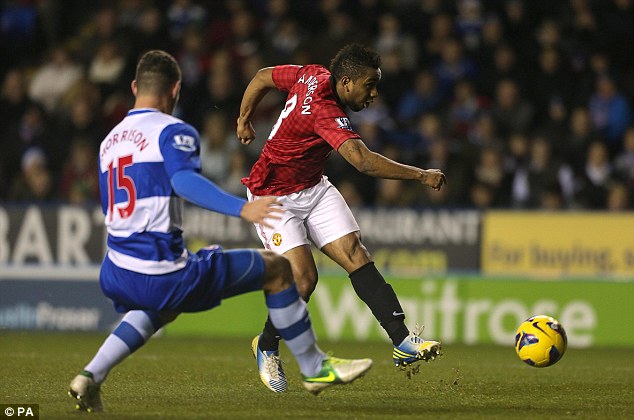