Today Manchester United have confirmed that the signing of Angelo Henríquez has fully completed his move from Universidad de Chile for a fee which is in the region of £3.5m.

Henríquez underwent a medical back on the 21st August 2012, which was completed with no troubles, but since then it has been the paper work side of things that have taken time to finally get the green light to Officially be announced as a Manchester United player.

Back in August Manchester United released a small statement which read:

“Manchester United is pleased to announce that Angelo Henriquez, 18, has been granted a governing body endorsement which will allow him to register and play for the club.”

Angelo himself was speaking before his move to Manchester:

“I am super happy to get to Manchester United. I’m fulfilling a dream, I am going where I wanted.”

“You look on television and see the outstanding players, scoring spectacular goals. I cannot waste this opportunity.”

“I want to play in the first team of Manchester United. That’s my first thought.” 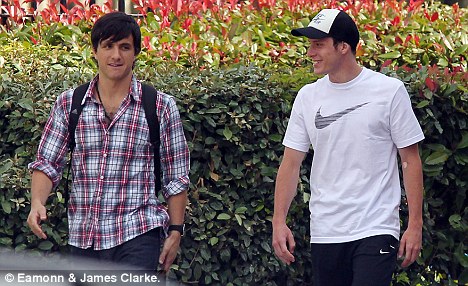 Henriquez was present to watch Manchester United’s 2-1 victory over Tottenham Hotspurs in the U21’s last week, along with his agent and Sir Alex Ferguson, his first outing in the Manchester United tracksuit in which RedMancunian got exclusive pictures.

He also informed us that he will be wearing squad number 21.

“I am thrilled to be joining the biggest club in the world. Manchester United is a great team and has a great manager.”

“He fits the profile of a United player – skilful, attacking and plays with flair.”

“Angelo has made a tremendous impact in his short career so far. His pace is a great asset and he reads the game really well.”