By all accounts, Man United did not have a great 2016-17 season. True, Jose Mourinho’s side won the Europa League, but their performances and results in the Premier League left much to be desired. United could end up only sixth in the league last season, six points behind fifth-placed Arsenal and eight points ahead of Everton, who finished seventh.

That United won the EFL Cup as well last season should not mask the fact that it was a disappointing campaign overall for the Red Devils. However, Mourinho’s team did achieve one key objective, and that was to qualify for the Champions League. With the new season just a few weeks away, United can forget about 2016-17 and concentrate on the upcoming 2017-18 campaign.

United had a strong squad last season, and they did not have to make too many signings in the summer transfer window. The arrival of star striker Romelu Lukaku and defender Victor Lindelof from Everton and Benfica respectively have addressed the two key issues in the team, and it is hard to see where else they should strengthen. With star midfielders Paul Pogba, Juan Mata, Michael Carrick and Henrikh Mkhitaryan already in the squad, the Red Devils are good to go next season.

Jose Mourinho’s main objective this season has to be to guide United to the Premier League title. With Manchester City and Chelsea both making big-money signings in the summer transfer window, Manchester United odds of winning the title are 7/2 – they are third favourites behind the Citizens and the Blues. Pep Guardiola and Antonio Conte have better and stronger squads, but back in 2015-16 Leicester City did not have a great team, but they still won the Premier League title. In football, anything is possible. 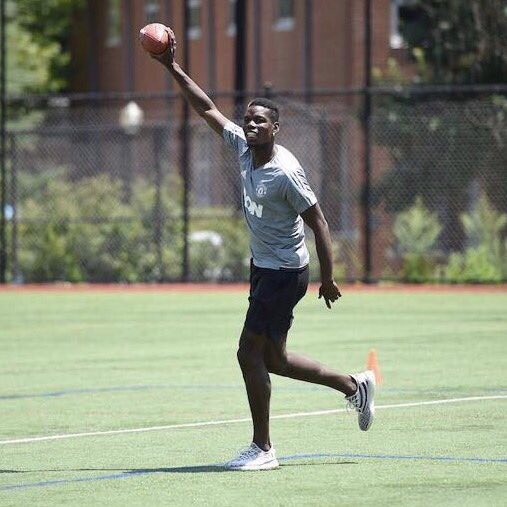 David de Gea remains one of the best goalkeepers in the Premier League, and with the signings of Lukaku and Lindelof, United now have a strong spine. Antonio Valencia has done well at right-back, but Mourinho could probably do with signing a new player for that position if he does not have too much faith in Matteo Darmian. What United need to do next season is convert draws into wins; in 2016-17, they could have sneaked into the top four if they had won a few more matches. Lukaku could be the difference between the drawing and winning for the Red Devils.

United are certainly going to be part of the pack that challenges for the Premier League title, but could they realistically be in the hunt for the Champions League as well? The Champions League odds for the Red Devils succeeding are only 16/1 in their favour, and that is a fair reflection of the competition they are going to face. Real Madrid, Barcelona and Bayern Munich are the top three favourites for Europe’s premier club competition, and it is going to be hard for any other team.

However, in knockout games, anything is possible. If United are able to negotiate their way through the group stage of the Champions League, then they will fancy their chances against any team in the knockout rounds. Mourinho has won the competition with FC Porto and Inter Milan in the past, and the Portuguese knows how to get the best out of his team in big matches. One should not be surprised if United go all the way in the Champions League next season.