Despite several turbulent spells throughout the course of the current campaign, Manchester United are back on course for a welcomed return to Champions League football.

Jose Mourinho’s Red Devils have been on a surging run of form of late and are now unbeaten in the Premier League since October last year, when they were toppled 4-0 by current leaders and likely future champions Chelsea.

Having previously fallen short in the race for Premier League supremacy, Mourinho’s men are in the hunt for a top four position in the top-flight, with a desired Champions League return in their sights.

That outlined feat previously looked beyond their reach, as they dwelled down in sixth position for some time and looked set to exit the Europa League beforehand too. But they have surged back and look likely of returning among Europe’s elite teams next season via one of their two possible routes.

The bookmakers odds see them now look more likely of securing a top four finish, with not long left during the current season, ahead of their close challengers.

Bitter rivals Liverpool are in a much more promising position of third, while local foes Manchester City are narrowly ahead in the final Champions League place of fourth.

Although, the Red Devils possess a game in hand on their Manchester rivals and the two sides still must collide on another thrilling derby day before the campaign draws to a close. High stakes will be on the line for sure in that upcoming match-up at the Etihad, with the bookmakers making Pep Guardiola’s side the favourites to triumph.

Man Utd’s season prospects have been boosted by their strong Premier League unbeaten run and form, though, and a strong finish to the term could see them edge their rivals out for a coveted top four spot.

As well as their league fortunes looking a lot more encouraging in the past weeks, the chance to return to the Champions League is alive through their Europa League ventures. The Red Devils recently dispatched Belgian outfit Anderlecht over two legs to reach the competition’s semi-finals. 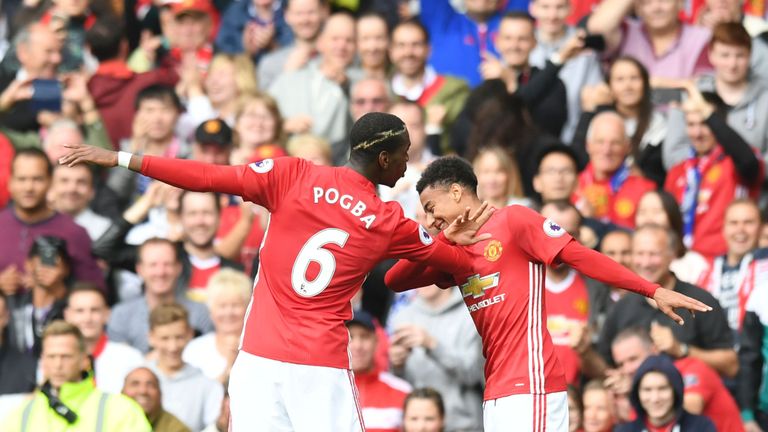 It is in the semi-finals for of this secondary European competition that they will face off with La Liga side Celta Vigo, while Dutch giants Ajax and French team Lyon collide in the other final four encounter.

Man Utd are now regarded as the front runners with the bookmakers to win the Europa League this term after such a favourable draw.

With a promising semi-final fixture drawn and the two teams in the other match-up seemingly very beatable, Mourinho will be highly confident he can guide the club to their first ever victory in the Europa League this season.

Although, it’s the subsequent automatic path back into the more illustrious Champions League for doing so that the Portuguese tactical will be more eager to earn in the season run-in.