FC Bayern Munich midfielder Arjen Robben has been openly speaking about his team’s 1-1 draw with Manchester United at Old Trafford where he branded United’s style of play ‘like a handball team’.

“It was not easy, as Man United played very defensively and didn’t leave any gaps. We wanted to play football but they tried to stop us, just playing on the counter-attack, it was almost like handball.” 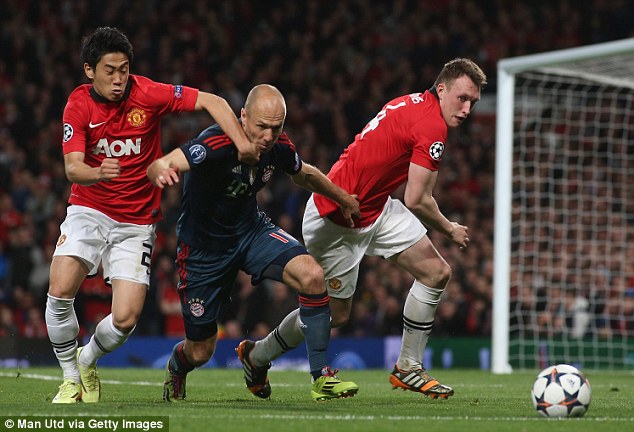 Manchester United sat back and took the Bayern Munich pressure for the majority of the game and ended with a mere 30% possession. Despite Bayern’s possession they failed to create a significant amount of chances while Manchester United, at times, looked dangerous with their pace on the counter.

The Dutch international also feels his side’s away goal could prove vital after the final whistle on Wednesday, he added:

“Away goals are very important and that’s why we are satisfied having come back from 1-0 down, so we’ll take the result back home and hopefully finish it off next week.”

He also spoke about how much pressure was put on Bayern with everyone ruling United out of the tie before a ball was even kicked.

“I didn’t really like the atmosphere before the game because everyone was saying you are going to win it, it’s going to be easy.  No – you play at Old Trafford against Manchester United who are a top team and top players and the Champions League is something different, it’s not like the [domestic] league. We have to bring in another top performance to beat them and it’s going to be very difficult.”

Manchester United are in with a great shout of progressing after the 1-1 draw, their chances boosted by the absences of Bastian Schweinsteiger and Javi Martinez for the second leg which is next Wednesday night.

Newcastle United signed Ayoze Pérez from CD Tenerife at the start of the 2014/15 season for £1.4 million. At the time, he was a relatively unknown 20 year old Spanish striker from a mid table […]

Podcast SE1-EP16: ‘It’s your round for the Jägers’