“Ole will get a fantastic reception and deserves it. He is a legend here for what he has done – his goal to win the Champions League, and all-round he has been a great ambassador for United, and rightly so he will be given a great reception.” – David Moyes.

“I would like to play anywhere. I will try to assist and score – that’s what I like to do. I will try to help the team as much as I can. I just wanted to go to a place where I knew I’d feel happy and I’m happy now. United is a massive club.” – Juan Mata. 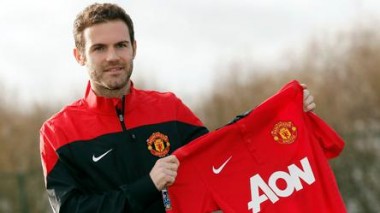 “The former manager just always installed into us ‘dream big’, and maybe unrealistic, because you never know it might happen. For me to play at Man United was never in my wildest dreams. So now I’m there as a manager. It just comes by coincidence. You just end up there.” – Ole Gunnar Solskjaer.

“We’re rock bottom and we need to get a win. We need to get the three points and to start with that on Tuesday would be brilliant. It’s going to be a hard game, we know that. They’re trying to obviously lift themselves but we’re looking forward to it.” – Aron Gunnarsson.

The 34-year-old official has taken charge of 5 Premier League matches this season, dishing out 15 yellow cards. He has awarded 1 penalty and is yet to send a player off. This will be his first visit to Old Trafford – and by far the highest profile fixture he has overseen in his refereeing career thus far.

Wayne Rooney, Robin van Persie and Marouane Fellaini are all back in training and could feature.

Should he feature, Robin van Persie will make a 50th league appearance for Manchester United.

A win would move United onto 1,001 Premier League points at home – making them the first club to break the 1,000 point barrier.

Cardiff have drawn 2 and lost 6 of their last 8 Premier League away fixtures.

35% of Cardiff’s Premier League goals have been scored via a header – the highest number in the division.

United have won the last 10 matches at Old Trafford versus sides in the bottom 6.

Cardiff have earned just 27 yellow cards this season and are yet to have a player sent off – the best disciplinary record in the Premier League.

Deadline day saw Manchester United make two very different signings, one being the £100 thousand signing from Newport County; the other was the record transfer for a teenager, a whopping £36 million for Anthony Martial. […]

Manchester United have come to the agreement with AS Monaco to sign Falcao on a one-year loan deal, a deal worth up to £12million for the season. It is the surprise of the transfer window, […]

Manchester United currently have 7 players out on loan from their U21’s and first team. Over the last few weeks these players have been trying to prove themselves at their new clubs to get the […]