Manchester United’s Anderson is this morning set to complete a medical over in Italy to join up with Serie A side Fiorentina, in a loan move with a permanent deal likely to take place in the summer. 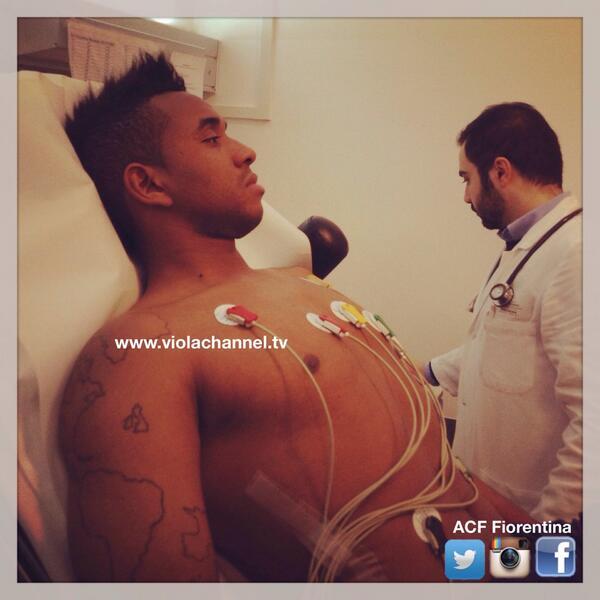 Anderson travelled to Italy on Thursday morning from Manchester, via Frankfurt into Italy for contract talks with the Fiorentina’s sporting director Daniele Prade.

A source close to Anderson, said that the Brazilian midfielder had told his friends that he wanted a permanent move straight away to ensure more playing time, but Manchester United would only permit a loan move until the end of the 2013/2014 season. Anderson joined United in 2007 from FC Porto, making 179 first-team appearances for the reds, scoring nine goals during that time.

The deal, whether loan or permanent, is set to be announced on Friday afternoon after all medical checks and the photo opportunity with his new Fiorentina shirt is complete.

Dea Gea for Navas plus Millions

Despite Louis van Gaal continuing to reiterate that David De Gea is not for sale, the rumours keep flying, the latest being that there’s a part trade deal on the table. Reportedly, the negotiations between […]

Are Manchester United About To Break The Bank For Juan Mata?

David Moyes & Manchester United are reportedly ready to bid a club record of £37million to bring Juan Mata to Old Trafford from Chelsea, according to the Daily Telegraph. The news of United’s interest in […]

Ed Woodward and Manchester United are hoping that they can secure the signing of Thomas Vermaelen from Arsenal, paying a transfer fee of up to £11million and offering the player up to £100,000-a-week, according to […]