“We’ve got a long way to go, we’ll need to play some great football and win a lot of games in the run in if we’re going to be in there around it come the end of the season.” – David Moyes.

“We know we’re going to go on a run. We can go 20 games unbeaten at any time and the rest of the league knows we can do that. That’s a powerful position to be in.” – Phil Neville.

“Their reaction is going to be a little bit larger than ours, so there’s going to be a little bit of pressure on them and we have got to try to capitalise on that and make it difficult for them. If we can do that and get into the last period of the game, we could try to reverse a statistic that isn’t very good of Newcastle winning at Manchester United.” – Alan Pardew

The 42-year-old official has taken charge of eleven Premier League matches this season, brandishing forty-one yellow cards and four red cards. He has awarded two penalties. Was last seen by United fans at Anfield during September’s 1-0 defeat. Hasn’t overseen a league game at Old Trafford since sending off Jonny Evans during United’s 1-0 win over Bolton in March 2011. 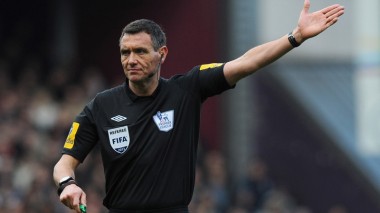 United have won just 5 of the last 11 league matches at Old Trafford.

If Robin van Persie does not feature this will be the first time United have played a league game without either him or Wayne Rooney in their side since the Dutchman arrived.

Newcastle have alternated between wins and defeats in their last 8 away games in the league. They’re due a win.

Jonny Evans and Patrice Evra have both scored 2 goals in the last 2 games vs Newcastle.

Of the Premier League top half teams, only Newcastle (21) have conceded more goals than United (18).

Papiss Cisse has scored 2 goals in 3 games against United.

Tim Krul and Moussa Sissoko have started all 14 league games for Newcastle this season.

United are undefeated in 22 of the last 23 matches against Newcastle in all competitions.

United have not lost successive Premier League home games since May 2002.

With moyes team selection no points man u.

I know right? Let’s hope he doesn’t play Welbeck on the left again.

3-2 to Utd, Sorry Jack, No Carrick, No, Rooney, No RVP, No chance! And I think Phil Neville should keep his mouth shut about going on a run, he’s not qualified to talk about being in a “powerful position” as a coach as he has never been in one not as a coach! And it still remains to be seen if he will make it as a coach and the same goes for Mr Giggs, because IMO this team does not look fit with the exception of a few players (Rooney, Jones etc). 3-1 Newcastle and if he plays Giggs and that twat from Everton again 3-0!

david moyes i gud but he not like sir alex ferguson man utd must win today game against newcastle all the best guys….!!!!

My god united are the new liverpool , van persie transfer another nail in the coffin.