“We’ll go into our next game confident and ready to get a result” -David Moyes, perhaps more positive than he’s been all season.

“We have to beat United and just keep going – we showed against Fulham that we are focused and ready for the challenge ahead and know our focus is on the derby. Football is very strange and United, like any club, can play really well in one game and not so good the next so we can’t worry too much about their current position or form,” Yaya Toure, speaking to mcfc.co.uk 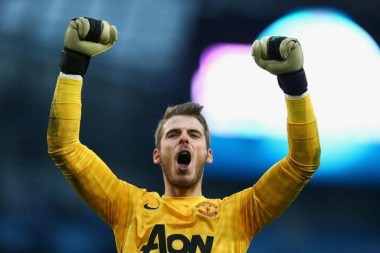 Rooney’s brace at Upton Park moved him into third in the club’s all-time scoring records with 212, behind Sir Bobby Charlton and Denis Law.

City currently have 76 league goals to their name, with Liverpool the only side to have scored more in this campaign with 82. In comparison, United have managed 48 and conceded 7 more than their dear rivals (27).